Adairsville, GA – Durrence Layne Racing officials are proud to announce that the 2019 Annual Awards Banquet will 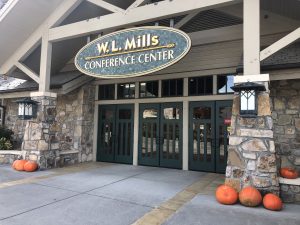 Entrance to the Conference Center at the Gatlinburg Convention Center.

be held on January 25, 2020 at the Gatlinburg Convention Center in Downtown Gatlinburg, TN. Happy Hour and Check In will be from 4 p.m. to 5 p.m., Dinner will be served at 5 p.m. and the Awards Ceremonies will begin at 6 p.m. (All time are Eastern time)

Along with the Durrence Layne Racing Touring and Weekly Racing Series Divisions, the Top 5 drivers 18 years of age and younger in the VP Racing Fuels Young Guns Challenge Series will also receive awards. 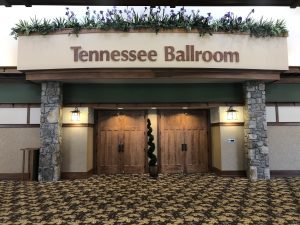 Entrance to the Tennessee Ballroom.

There will also be several special awards handed out that include the Weekly Racing Series Promoter of the Year, the Cruise With The Champions Rookie of the Year, and the Chevrolet Performance Bob Cross Memorial Lifetime Achievement Award.  All Durrence Layne Racing 2019 Sponsors will also be recognized.

Each Top 10 driver will receive two complimentary tickets to the banquet and are asked to please RSVP by January 10, 2020.  If additional tickets are needed or to attend, tickets can be purchased for $35 per person. You can visit the series website, www.DurrenceLayneRacing.com and click the “DRIVERS” tab at the top of the home page and then click the “AWARDS BANQUET Tickets” tab to RSVP or Purchase tickets online.

Tickets may also be purchased via mail, as paper invitations will be mailed to those drivers receiving awards. The number of persons in each driver’s party should be enclosed and checks or money orders for additional rickets need to be payable to Crate Racin’ USA and mailed to P.O. Box 2037, Adairsville, GA  30103.  The tickets will be available at the door the night of the banquet.  Tickets will be required for entrance to the banquet hall for Dinner and the Awards Ceremonies. 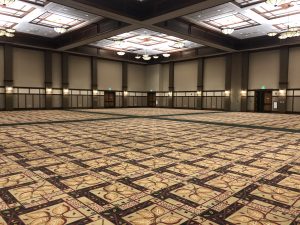 The Ballroom that will be set with elegant tables and setup for the 2019 Awards Banquet ceremonies.

Discounted room rates will be available as well by visiting the “Awards Banquet Hotels” tab on the website, which will offer reduced rates at some of the closest and best hotels Gatlinburg has to offer. Please visit those links and make reservations by the dictated deadline dates to secure the great deals being offered. Other details will be released as the event approaches, and we are excited to make this a destination for everyone to enjoy and be entertained as we celebrate the accomplishments of our competitors.

The Annual Awards Banquet will be preceded by a Promoter’s Meeting and Tech Seminar on Friday January 24th at the Gatlinburg Convention Center. All promoters will be receiving invitations and details on this important event, and special guests will be speaking and presenting as the series works to help foster growth and strengthen relationships among the regions track operators.

Foyer/Entryway to the Convention Center

ADAIRSVILLE, GA – With the recent uncertainty of the ability of their sanctioned tracks to host Weekly Racing... read more

NOTICE OF NAME CHANGE FOR ALL DIVISIONS IN 2020

ADAIRSVILLE, GA – All four Crate Racin’ USA Divisions will be featured this week in the 29th... read more